This is a really exciting start to what I hope you’ll find an incredibly useful mini-series….

We’re going to look at exactly how to create the perfect native ad.

This 4-part series will look at how to make your adverts as high-converting and effective as possible, and today’s instalment, the first in the series, looks at how to create a winning angle… or hook.

You see, for all the clever analogies you ever create…

For every great image and headline that runs through your brain…

And for all the high-converting traffic, and effective advertising platforms you run your ads on…

Nothing is more important for your ads success than the actual hook behind it.

It’s what I like to call the ‘Big Idea’.

So What is a Big Idea?

In short, a Big Idea is what sets you galaxies apart from your competitors.

And it’s one of the most effective tools in your arsenal to get your campaigns the traction and exposure they need in order to succeed.

A Big Idea is the main *theme* of your advert – the angle that your marketing message portrays.

It’s something that almost all marketers just don’t get…

And when done correctly, it’s something that can boost clicks, increase conversions, and grow opt-ins, at a rate you never thought possible.

So let’s break it down a little more.

‘Secret Trick Reveals How To Lose 4lbs in 2 hours’

I’m guessing quite a few?

And while that advert was highly-successful years ago…

Today, consumers have ‘wised’ up, and are really tightening their grip on their hard earned cash.

The message isn’t unique. It’s been seen a thousand times before.

And it doesn’t stand out.

Now continue to use these generic, boring, and un-inspiring angles, and your marketing campaigns will simply merge into the millions of other campaigns seen each day on the web…

But create a compelling… unique… and powerful angle…

And your native ads can virtually explode, and get you results you never imaged possible.

So How Exactly Do You Create A Big Idea That Makes Readers Desperate To Click?

Some marketers will tell you it needs originality.

Others will say it needs to be compelling.

GREAT marketers will say it needs both.

But in general, there are 3 core fundamentals that almost ALL marketers can agree… are vital to your ads success.

Perhaps the most well-known aspect of creating a Big Idea, your native ad needs to instantly capture the reader’s attention.

Think about a good news headline – have you ever found yourself double-checking what you’ve just read to make sure you read it correctly?

Do you ever find yourself scrolling furiously down a page to find the price of something you really want?

That’s Instant Appeal… and it’s all about getting interest from your target market right off the bat.

Just look at this ad below… 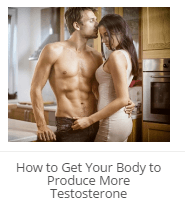 That’s an example from NativeAdBuzz, and it displays instant appeal in a fantastic way – even I wanted to know more!

When creating instant appeal, think about what your market wants to see, and figure out a way to deliver a benefit through your native ad.

OK, so we’ve seen the important of instant appeal; what’s next?

Originality… with just the right amount of stealing:

Think about mobile apps (and yes, I know it’s a weird concept to model, but it explains the concept nicely).

Candy Crush is a game that has over a billion users… its creators, King, are worth 5.9 billions of dollars according to Activision.

And it’s arguably the most successful mobile game of all time.

But Candy Crush creators took inspiration from loads of games which went before, and since their success many companies have added their own fresh original twist to the candy crush model and have done very successfully!

This directly translates to your native ads – you can create an angle which is unique… one that your consumers haven’t seen before by coming up with a fresh take on something, that also contains (like we just talked about) the ‘instant appeal’ factor.

Here’s an example of an ad I found in the NativeAdBuzz dashboard that showcases great originality. 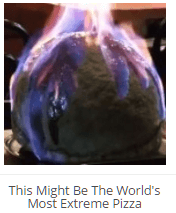 OK, so let’s look at the third point….

If you really want to get the most out of the readers looking at your ads, you need them to be emotionally impacting.

Emotions are the biggest seller in humans, and if you can target core emotions, you stand to win a TON of customers over.

Those are just a few of the emotions you can target, and when you manage to mentally infiltrate your consumers’ minds by instilling a certain emotion in them…

You can have them do almost ANYTHING you want (including clicking your ads!)

You also want to try to form a connection with your reader, by having them become emotionally attached to your advert. Charities do this really well by making you feel bad when you see one of their adverts…

And while it’s an extreme example, it goes to show how much impact emotion can have on our ability as humans to take action.

Here’s another example from NativeAdBuzz which showcases an original ad angle really well! (Upgrading your look is something we all want, right?) 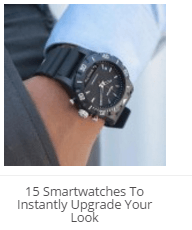 Ok, so we’ve looked at the 3 core aspects that go into creating a big idea. That’s just a small amount of what really goes into an ad, but if you manage to come up with a Big Idea that features instant appeal… is original… and is emotionally impactful…

You’re well on your way to running a successful marketing campaign.

But you don’t need to do that.

Take a look in NativeAdBuzz at what is performing well, jot down some ideas, and figure out what really resonates with your market.

Once you’ve got that down… and once you can begin seeing through the eyes of one of your consumers, you’ll take your marketing campaigns to new heights!

Next week, we’re going to be looking at how to form the perfect headline, so make sure you stay tuned!

And remember, if you want to get instant access to Millions of native ads…

Then you can join NativeAdBuzz – the world’s most intuitive native ad ‘spy’ tool.

Claim your $7 trial by clicking here

See you next week:)