Hope you’re having a splendid few days, and your marketing campaigns are earning you millions!

In today’s post, we’re going to look at 3 industries you can use – all year round – and with massive amounts of potential consumers – to make a ton of money.

And we’ll delve into how YOU can get on board with these opportunities to make a ton of cash.

Then let’s get going.

In fact, it’s estimated that 100% of the population sleep at least once each week…

And with a market of nearly 8 billion people, it should come as no surprise that many of these guys and girls have TROUBLE sleeping.

You see, difficulty sleeping is one of the most commonly reported problems in the world, and millions of adults struggle to fall asleep on time… fail to get enough sleep… or find themselves waking up throughout the night.

This is a problem almost EVERYONE can relate to – and it’s one of the reasons why it’s such a great market to target.

Have a look at the image below… 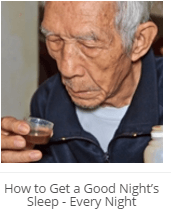 OK, so let’s dissect the ad.

And a headline that promises a good night sleep, every night.

Well just have a look at how the ads doing…

Now that’s some pretty impressive figures. Not only has the ad being generating traffic since September (minus October), but the strength of the ad has steadily increased.

Here’s the ad again itself…

Now interestingly, the creators of these ads don’t have to delve deep into human psychology to produce a reaction. It’s not like they’re trying to sell a healthy person supplements, or a rich person money-making guides.

So much of the population DOES have sleep disorders, that by presenting a common problem, and offering a direct solution, these ads gain massive traction on their own!

Alright, so that’s sleep out the way.

Let’s look at another common problem… 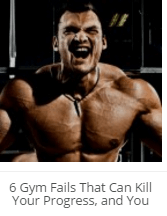 Whatever you wanna call it – the weight/fitness industry is rife, and with more of us worrying about the way we look, it should come as no surprise that ads in this sector are ‘killin it’… when done right.

In the sleep ad, we looked at how the ad’s creators presented a direct-solution to a common problem…

But look at the advert on the left, and you’ll see a completely different tactic.

This is a really cool ad for a couple of reasons.

‘6 Gym Fails That Can Kill Your Progress, and You’

Not only are the creator’s managing to tell us how we’re halting our progress at getting fit, and, in a guy’s case, getting ripped…

But it’s ALSO enforcing a sense of fear – the ultimate fear of death – by letting us know that certain gym routines can actually kill us.

Notice how the ad doesn’t mention anything about getting ripped, or being in shape…

Yet after viewing the ad, it’s pretty clear that it’s going to lead towards not just correction of common gym fails we might be making… but also how to FIX them, and improve health.

So, here’s the important takeaway.

But rather than using the direct-solution approach, consider building a ‘story’, BEFORE offering a solution… thus capturing the reader’s attention, and virtually ‘forcing’ them to read on!

Let’s look at another common problem many people face.

Skin care. Yep – as we age, we all (yes, even us men) want to improve the way we look, and make us feel more youthful.

Now I want you to pay close attention to this advert.

See how the headline is similar to the fitness one we just looked at, in the sense it’s telling us NOT to do something?

But it has one major difference…Can you spot it?

It offers an actual solution.

It tells us NOT to use Botox…

And it lets us know to do *this* instead.

Now this type of ad can work well across almost all niches, but the beauty/skin-care industry is one it works really well in, as the visual representation of the granny ‘lures’ us in by promising a unique solution to another common problem.

So we’ve got sleep… fitness… and beauty.

But notice how they are so broad, they will NEVER be saturated?

Just have a look around the Internet, and you’ll see thousands of ads in these industries…

With almost all of them being absolute crap.

They don’t target pain points (something we’ll talk about in our next post).

And this means, there’s a BIG gap in the market for you. And your ads.

So use it to your advantage.

Use People’s Fears To SELL.

Think of what a huge majority of us have issues with;

These are all common problems and fears… and they’re one’s people will ALWAYS have.

You can use the common examples above, and give a solution direct…

Or you can use fear-induced marketing to coerces the reader into believing they ARE at risk – if they aren’t already.

But when used correctly, a common problem, or a FEAR of it, can instil a great sense of panic in a consumer, and often has them clicking your ads, and making you sales!

I hope you’ve learnt something today – if you want to share any of your own success stories, feel free to send em in to contact@nativeadbuzz.com

Have a great week.