The definition of Native Advertising is a paid media which follows the form and function of the media it appears in. If product placement doesn’t fill that description then I don’t know what will.

Product placement has been around since the beginning of moving pictures. It is a type of native advertising that often works well because consumers don’t even realise that they’re being pitched. Its success can be hard to define or at least difficult to monitor, but the practice has become so successful that the largest brands spend millions to appear in the biggest blockbuster movies

The first recorded instance of product placement was in a 1927 silent film called, Wings. It starred Gary Cooper and Clara Bow, who were both new to the industry at the time, but went on to become big stars. One scene shows a Hershey’s chocolate bar and the film went on to win an Oscar for Best Picture. This success, whether it was due to the presence of the chocolate or not, spurred great interest in using product placement in films.

One of the most successful companies to use this form of native advertising is Pizza Hut. Their shameless plug in the 1992 film, Wayne’s World showed Mike Myers opening a Pizza Hut box and pulling out a delicious slice of pizza. The film was based on a Saturday Night Live skit and filmed in only 34 days. It eventually grossed over $121 million. This product placement was so effective that it made a true believer out of Pizza Hut and they still, to this day, frequently use this type of advertising. Myers also holds up a can of Pepsi in this same movie.

Another huge film, Risky Business was released in 1983 and starred Tom Cruise who was at the cusp of his career. Throughout the movie, he wears a black pair of Ray-Ban Wayfarer sunglasses. At this time, the company was near bankruptcy. This native ad was able to save the company, whose sales had been very meager to that point. The year of the movie’s release, Ray-Ban sold 360,000 pairs of Wayfarer sunglasses. The iconic image of Cruise dancing around in his underwear wearing those sunglasses is still very well-known and used in spin-off ads even today. 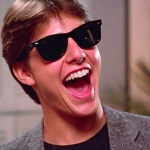 Released in 1982, E.T. continues to be an iconic film that has heavily influenced our lives. This blockbuster hit from Steven Spielberg has spawned too many films, TV shows, ads and other media to mention. A little boy named Elliot, who befriends an alien, leaves a trail of Reese’s Pieces for E.T. to follow and so begins this epic story of love between an innocent child and a lost, frightened alien. Later reports estimated that Hershey company profits rose 65 percent that year. 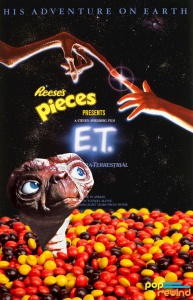 The Doctor Who series has reached mega-fame all over the world, but many don’t recall the 1966 movie called Daleks: Invasion Earth 2150 A.D. This classic movie version starred Peter Cushing as Dr. Who, an eccentric time-traveler. When he goes forward in time to visit a devastated London in 2150, there’s no food or water anywhere and things look bad for mankind. The movie was partially financed by Sugar Puffs cereal. The company agreed to provide financing in exchange for allowing their posters to be displayed in many of the movie’s scenes. Against an otherwise bleak scenario of starvation, Sugar Puffs posters are highly visible. 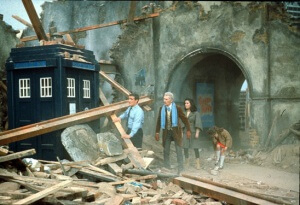 The fairly new Netflix original series, House of Cards, stars Kevin Spacey as Frank Underwood, a democrat with a scheming wife. Though Underwood is consistently passed over for big political positions, he and his wife have ruthless plans to get back at his enemies and set himself up in a powerful position. The show has received numerous Golden Globes and Emmy awards and is considered a drama. Yet, in one recent scene, nine Apple products can be seen lying on a conference table.  The show claims this wasn’t intentional or meant to be funny.

Josie and the Pussycats

One of the most memorable films in this category is Josie and the Pussycats. This strange film was said to be a satirical assault on the entertainment industry, specifically the morally bankrupt music industry. Released in 2001, the movie consistently portrays teens as mindless drones who will believe anything they’re told and actually have no original thoughts of their own.

Product placement ads were highly visible in an over-the-top fashion. In one memorable scene, Josie is seen sitting in a living room filled with white objects that have the red Target logo painted on them. Even the dog has been painted with a red and white target. A lone box of Tide detergent sits in the background. Though many movie-goers consider the film a cult hit, they seem to miss the underlying message that actually portrays audiences as mindless zombies who will buy any product they see in a movie. 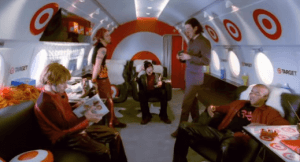 No one will forget those wet Fed-Ex boxes that Tom Hanks opens in the hit movie, Cast Away. In The Amazing Spiderman movie, Bing Search Engine is quite shamelessly plugged, along with their slogan, “Search Less, Do More”. A gorgeous Acura convertible graces the screen in The Avengers movie remake from 2012. One of the biggest film legacies, the James Bond movies, often shows sporty, expensive cars like the Aston Marton DB10 seen in 2015’s Spectre. From 1990, the Teenage Mutant Ninja Turtles are seen opening a Domino’s pizza box. The original Terminator movie from 1984, showed a pair of Nike’s.  In subsequent Terminators movies, other products such as Pepsi, Subway, Miller Beer, Harley Davidson and many other brand names are subtly displayed. 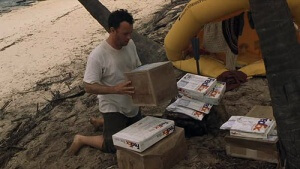 Native advertising has now been around for over 120 years and in the form of product placement since 1929. It undoubtedly has an excellent future ahead. As shown by Josie and the Pussycats, even when advertisers are trying to be ridiculous, native advertising still works.  Time and again, even in the worst movies, consumers notice products and go out and buy them. No wonder native advertising is currently considered one of the most effective methods of selling products ever invented.