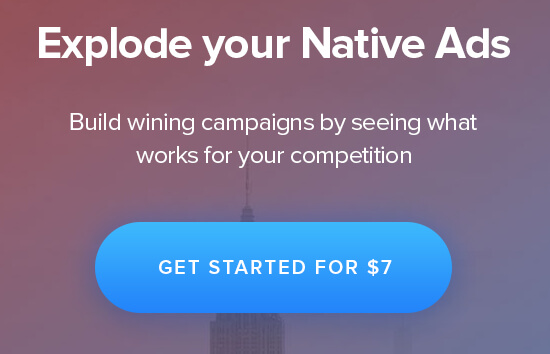 Last time we focussed on how to build Low Effort Max Gain Native Ad Campaigns in 4 simple steps. I also made you a promise to discuss some of the other native ad business models, which I’m going to keep now.

Using Native Ad Buzz I have identified case studies of three different business models and analysed their structures. This is a useful way to get to grips with the the different methods to leverage native ads and boost your return on investment.

The three models we’ll look at are

This list is in no way exhaustive, and clever marketers are always experimenting to develop new successful techniques in this fast moving industry. This is why it is so important to keep analysing the market and take advantage as the industry evolves.

These sites aim to leverage the difference between the cost of buying traffic from an ad network and selling it. They often provide shocking images or stories to attract viewers and then bombard them with adverts.

I found this example from wowlot.com.  The title “15 of the Rarest (and mind blowing) photographs in history” is exceptionally catchy using scarcity and curiosity as driving psychological factors. From a quick analysis of the ad we can see it has been active and running for more than 3 months with a fair bit of marketing spend, so it is likely very successful. Oddly enough this particular ad is text-only, which is unusual, but it is a strong performer.

Being a news type article it follows the form of many native ad publisher sites. This means that viewers are anticipating the site and are less likely to bounce.

On the landing page we can see advertising surrounding the content, and that to access each new image requires loading a new page which also means new ads as well. This makes it more likely a viewer may take an action and increases profits directly through a CPM (Cost per thousand impressions) model.

The “next image” buttons are difficult to immediately identify as there are some cleverly disguised adverts presumably to drive accidental actions.

The option to socially share this article on facebook creates the potential for free advertising. This type of content can often go viral which means a massive win for the advertiser for very little ad spend if it does.

The model requires new content to be generated reasonably regularly, but there is plenty of information on the internet and using marketing intelligence it is very easy to identify which articles have gone viral and use them to form the basis of your own content.

This ad was seen on taboola and outbrain ad networks where you can find many examples of the ad arbitrage business model. 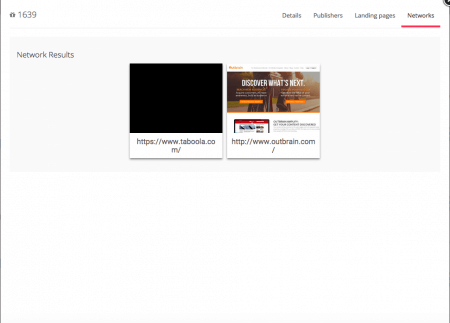 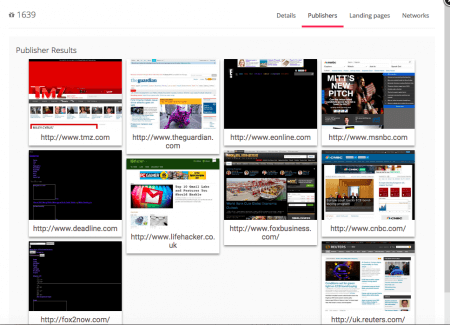 Harry’s Razors are a great example of a successful web based subscription service, and they are often at the forefront of innovative marketing practices. In fact when they launched they built an email referral competition and collected more then 100, 000 emails in under a week. They have apparently re-invented the razor and offer a monthly subscription service for shaving utensils and creams.

And guess what…they are successfully advertising on native ads as well. In fact the “direct to sales website” model they are using is not a popular native one, but it is clearly working for them. As you can see, this particular ad has been running for more then 6 weeks and has been seen frequently across a wide selection of publisher sites. 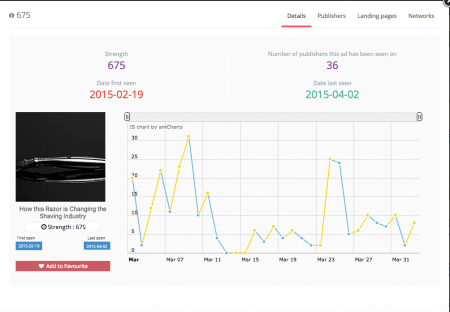 The Ad image itself is mysterious and combined with the title leaves a lot to the imagination, exciting curiosity. When following the ad the landing page is appropriate and consistent with the ad.

The landing page they have chosen is the “”our story” page on their website. It is very compelling bringing out the need for the product and the narrative behind its development with a singular clear call to action at the bottom of the page.

Harry’s succeed as the content is relevant to the ad and they softly but clearly lead people to a choice of progressing with a “shop now” CTA in the middle and bottom of the page.

This is a great example of an established financial company using native advertising to start comuniation with leads and bring them into their funnel. The ad headline and image is consistent with what you might expect of a publishers content. The demographic of the ad would easily identify with the woman in the image, and the ad headline uses fear and avoidance as a motivating factor.

This ad has been seen for more then 10 weeks across a wide selection of publisher sites and it has a strong strength score. 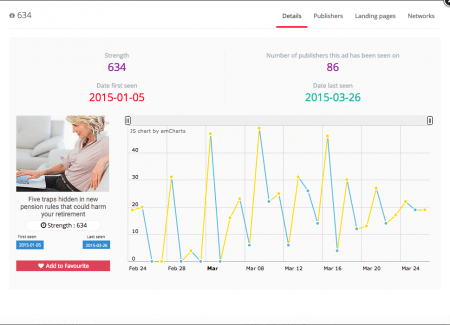 The image in the article is the same as the ad image which helps to reduce viewer friction, the article itself delivers on the promise of the headline and the site appears credible.

The copy succeeds in providing incomplete value which motivates the viewer to engage with the company. The offer of a free factsheet explaining the changes in pension rules is useful to someone interested in this article. The call to action appears 3 times as a banner image in the page.

Following this call to action takes you to a lead magnet form where you can download the fact sheet in exchange for your details. Surrounding this form are medals of association to build authority and a testimonial to build social proof. These factors are intended to influence you should you have any second thoughts about the exchange. This factsheet represents value that the company is offering you in exchange for your details. The success of lead magnets depends on the perceived value of the exchange and the lead magnet itself. 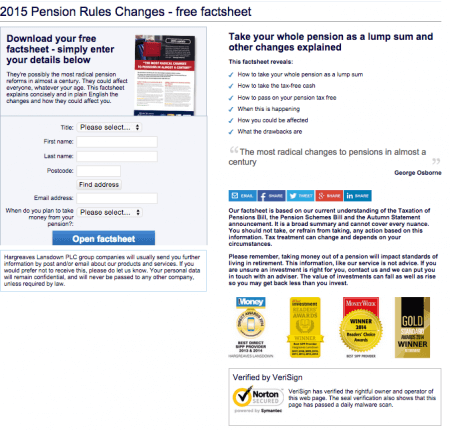 There is one thing I would be interested to test. There are multiple links and calls to action throughout the copy other than the main one.

Although these do link to useful tools and lead capture forms, the confusion they could cause may actually reduce conversion.

All in all this is a nice example of the model which provides plenty of value to the reader whilst also demonstrating the need and role of the company. The intended purpose is aimed at starting a conversation as opposed to pushing a hard sale. This approach lends itself well to native advertising.

Wow, well off with our detailed analyst heads…phew…useful but kinda intense:)

Here we have dissected and analysed 3 successful native advertising business models from intelligence collected using Native Ad Buzz. Have a play around and see which models are most attractive or would work best for you. There are many many more models and new ones are being created every day as clever marketers develop ideas to leverage the native advertising platform.

If you haven’t yet realised the valuable information contained above a second read usually helps, and when you notice you are ready click the link to try Native Ad Buzz for 7 days at only $7 and continue on your way to UNSTOPPABLE NATIVE AD CAMPAIGNS.