This is the third instalment in our ‘Native Ads: Staying Compliant’ series, and today we’re going to be looking at how regulators set out guidelines for advertisers…

…and how to make sure you stay on the right side of these guidelines!

Native advertising is more widespread than ever, and millions of websites are leveraging the psychological power behind it.

A recent study estimated that around 75% of advertisers have used native advertising to promote their business, and this number doesn’t look set to drop any time soon.

In fact, with Facebook, Twitter, and recently Instagram incorporating sponsored images into their advertising packages, more and more marketers are beginning to realize the importance – and effectiveness – of native ads.

However; of course, this rise in advertisers presents a new problem…

Country-specific governing bodies each have their own laws and legal guidelines for advertisers to follow, and while the native ad publishing companies do a good job of auditing most of the ads they run, it’s still really important you’re aware of what you CAN and CAN’T do.

In this post we’re going to look at the advertising regulators for the US, and the UK. The FTC and the ASA respectively. But first, let’s look at some general guidelines, accepted by native ad companies as the ‘industry standard’.

This is one of the most fundamental rules of advertising law in general, and it’s generally accepted that advertising campaigns must do everything they can to make sure the customer doesn’t have false expectations.

For example, you’ve probably seen the following disclaimers on financial or trading websites…

And that’s fine… these messages are meant to act as an honest, integral, and upfront way of saying ‘here’s the risks, and here’s the reality’.

Native adverts work… we know that…

But many consumer’s feel cheated and lied to if and when they find out the truth about the ad, many indeed believing they were clicking on an article or post published by the website they were on originally.

In general, you can combat this disconnect by offering readers valuable, relevant, and interesting content.

Sure, you might get more clicks if you take a click-bait approach and make some bold, wild claims…

But when it comes to the consumers taking action, making a purchase, or opting into your list, the ones who’re going to be valuable customers –who make you money – are the ones who receive actual value from your ad.

But what are the actual laws? 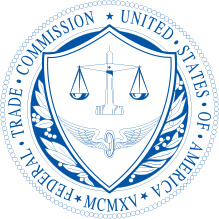 The FTC is independent from the US Government, but ensures consumer law amongst other things.

‘Its principal mission is the promotion of consumer protection and the elimination and prevention of anticompetitive business practices, such as coercive monopoly.’

While the FTC governs all types of advertising, both on AND offline, unfortunately, they haven’t published definitive rules surrounding native ads.

Instead, their existing rules and regulations are applicable, and this often causes a lot of confusion with marketers, especially those with little to no experience.

Take a look at section 5 of the FTC’s ‘basic principles of advertising law’.

Here’s a few ads found inside the NativeAdBuzz dashboard that are perfectly acceptable – note how they don’t make specific claims or promises? 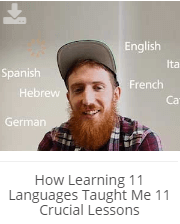 Now, alongside the points above, the FTC also states that ‘Online Advertising needs to be disclosed as such.’

It then goes on to say…

‘Online Advertisers need to ensure any disclosures fit into the context in which the advertising appears. They also need to be placed in close proximity with the ad.’

There’s also some search-engine results advertising guidelines which the FTC lay-out, and these can generally be attributed to native ads, as well. For example, one of these guidelines is…

Now the FTC have agreed the use of borders and shading are acceptable ways to differentiate the ads from one another, which is why, in general, native ads are free to follow the same guidelines.

So the FTC have provided some general guidance for publishers – let’s look at what the UK’s equivalent says.

The ASA are the UK body for advertising regulation, and they describe themselves as…

‘The UK’s independent regulator of advertising across all media, now including marketing on websites.’ 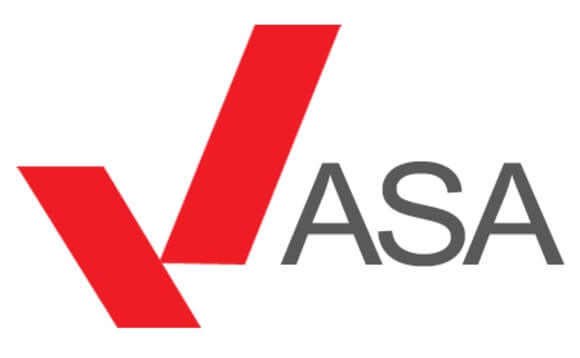 While their official stance on online marketing (including native ads) appears to have been developed fairly recently, they’ve been largely following in the footsteps of the FTC when it comes to enforcement and regulation.

In fact, the impact and control of the FTC is so great that many UK-based companies choose to follow their guidelines, rather than determining what’s legal in their home country.

While the rules aren’t crystal clear, in general, the ASA promote fairly similar advertising guidelines to the FTC.

They ALSO require that ads are substantiated before being published or aired, and they carry out random checks on ads in both media AND the online field, as quoted below from their website;

‘The Advertising Codes require that all claims must be substantiated before being published or aired.’

‘Together with CAP, we work to support the industry to help them get their ads right before they are published. For example, by providing guidance, pre-publication advice and training for the industry. ‘

A brief extract, from cap.org.uk is shown below, outlining some more of the guidelines for UK advertisers;

‘Marketing communications must not falsely claim or imply that the marketer is acting as a consumer or for purposes outside its trade, business, craft or profession; marketing communications must make clear their commercial intent, if that is not obvious from the context (rule 2.4). It’s probably worth pointing out that this rule reflects a practice banned by statute, namely the Consumer Protection from Unfair Trading Regulations 2008 (CPRs). ‘

It goes on to state that marketing communications must be obviously identifiable, regardless of whether the ad is placed on a billboard, shown on TV, or… ran on the Internet.

It’s ALSO important to know that the ASA have upheld complaints against advertisers found to be breaching the rules.

They recently upheld a complaint against Outbrain regarding its native advertising campaign, noting that it had failed to ensure that consumers would be easily able to identify the adverts as… adverts.

Outbrain challenged the allegation, stating that they were simply using targeted-advertising to show customers highly-relevant content… largely based on the consumer’s interests, through data collection…

But the ASA rejected these claims and found Outbrain liable for breaching the UK’s advertising regulations.

This should be a stark wake up call for marketers around the UK, and, the world – if one of the world’s largest publishing companies can be found in breach by the regulatory bodies – YOU CAN TOO.

That’s why it’s so important your native ads follow the legal guidelines in your residing country, as well as the country you’re advertising in.

In our next post we’re going to look at 5 simple techniques to make sure your ads stay on the right side of the law, and we really recommend you check it out before launching your online campaigns.

If you’re not already a member, you’ll also want to join NativeAdBuzz.

NativeAdBuzz allows you to browse tens of thousands of native ads… get detailed tracking and performance data… and you’ll be able to see exactly how other marketers are running campaigns (and staying on the right side of the law).

Keep an eye out for next week’s article, we we’ll talk soon!