Today brings the start of a new email format – we wanted to spice things up and bring you the most insightful current goings-on in Native advertising. So, starting now, here’s my Top 3 insights from inside the recesses of Native Ad Buzz that I want to share with you.

It has been the crazy bandwagon of the summer, blowing Twitter out of the water for active users, sending millennials into data-using frenzies, and being the cause of clogged-up sidewalks the world over. It was inevitable that Native advertisers would jump into action and make the most of the zeitgeist, but as of now it looks like that moment might just be over. There’s no denying the game still has a huge cachet, but a dig into the data suggests that from a native standpoint at least, interest is waning. Here’s some screengrabs from Native Ad Buzz highlighting how so:

But a dive into the data shows that they have petered out in the last week. They’re just not being seen anymore, and I’ll wager that people are a bit bored of the whole affair by now. The data seems to agree!

Of the three best ads in terms of Strength score, the last week has been a non-event: 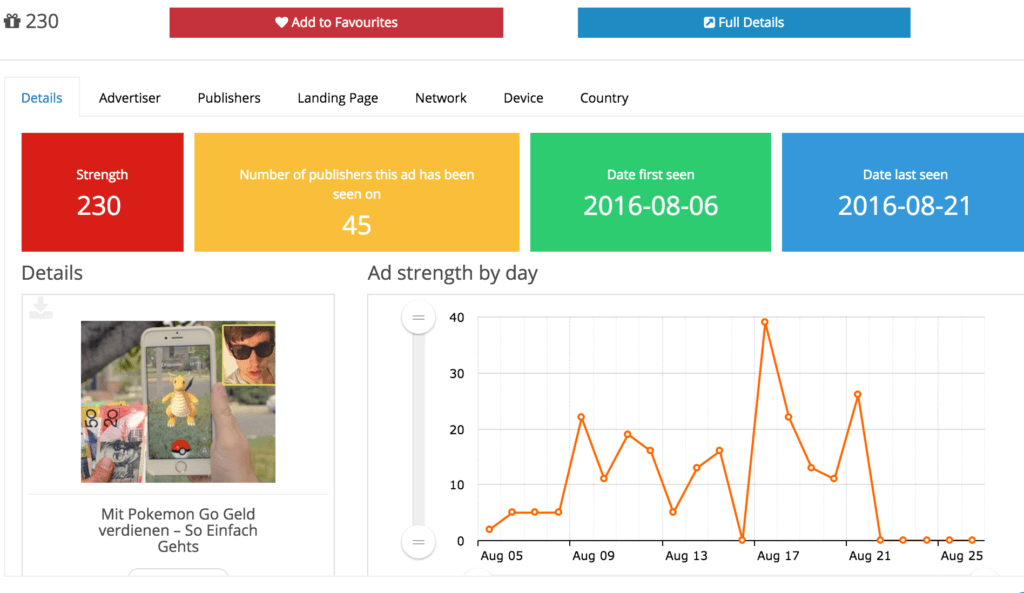 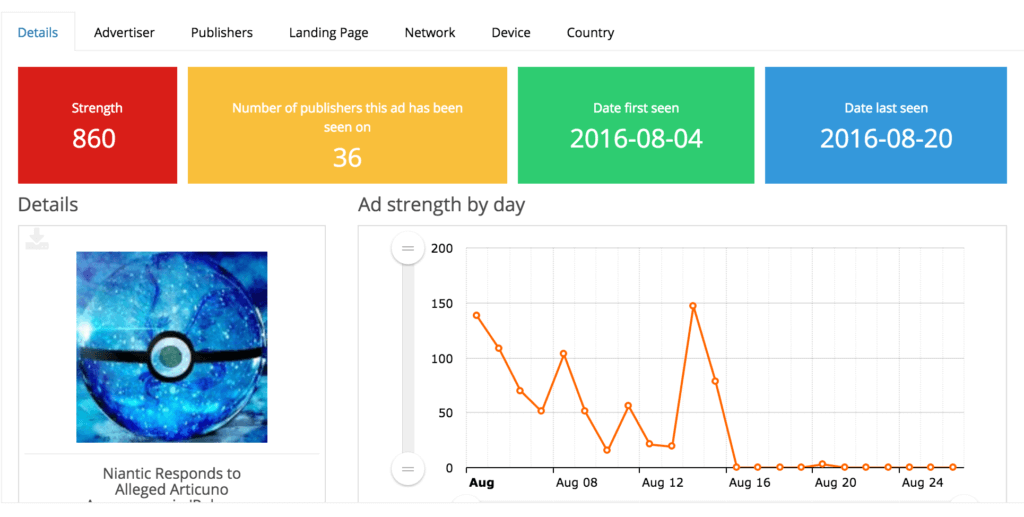 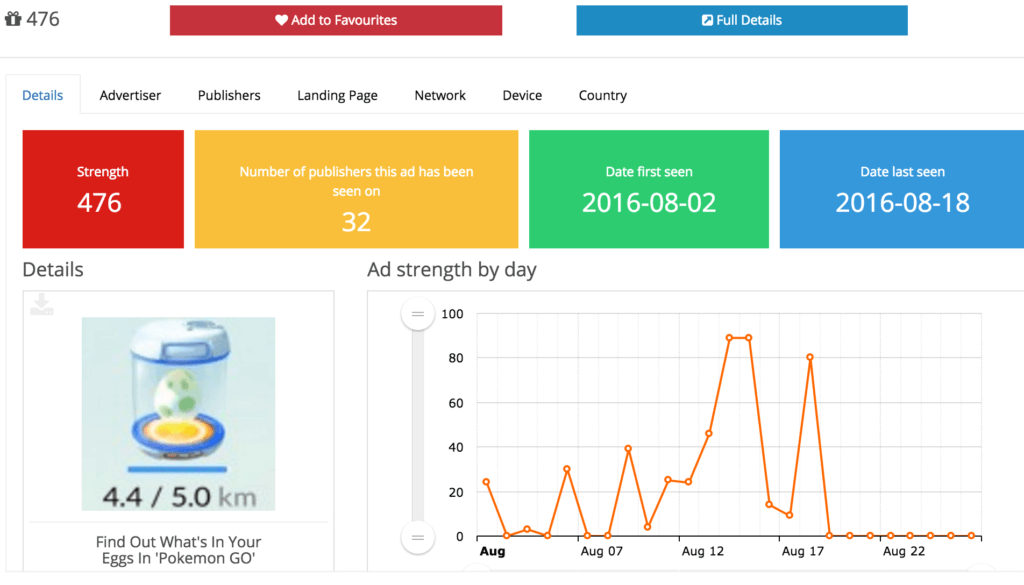 The take-away from this? In terms of Native, the moment for Pokemon has probably passed. Time for new content methinks!

2. Olympic Dreams over for another 4 years…

The other biggie of the Summer? Yes – the Olympics! And i’m coming to some very similar conclusions as I did with Pokemon… the moment has passed! As soon as the Japanese PM popped out of that pipe dressed as Super Mario during the closing ceremony, the moment for native Olympics ads also went down the metaphorical tubes.

Below is a screen grab from NAB of strength ratings over the last week, post-Olympics.

Considering the amount of attention the Games receive, it’s surprising, but Olympic-themed ads are not converting into high-success campaigns. Digging into the specifics of each ad shows them completely tailing off over the last few days. Have a look for yourselves! Take-away two? Again, keep things fresh. Zeitgeist stuff just does not convert as well as thoughtful, considered content. Make your material count and don’t rely on popular events. Anyone can do that, and you want to stand out from the crowd!

3.Suicide Squad dies at the hands of critics, but wins Native plaudits!

I’ve not seen it, I must be honest. I heard the reviews were cr*ppy so didn’t waste my time. However, bad reviews have done the Native community a favour it seems…

A combination of ads explaining the (I can only assume terrible) ending, what went wrong with the film, and how it has been slammed make up some of the best performing ads of the last couple of weeks. And unlike Pokemon or the Olympics, they’re still killing it, views-wise, as of today – 26th August. Seems like there is more Native life in Suicide Squad than there is Awards-Season potential at least. My final take-away for this email? Everyone loves a disaster! I’m feeling a few new campaigns coming on about flops and box-office bombs. Olympic glory and Pokemon good-will just doesn’t seem to last when it comes to Native!

Thanks for reading, and i’ll be back at you with more insights soon! Hit me up with comments on the forum at forum.nativeadbuzz.com.